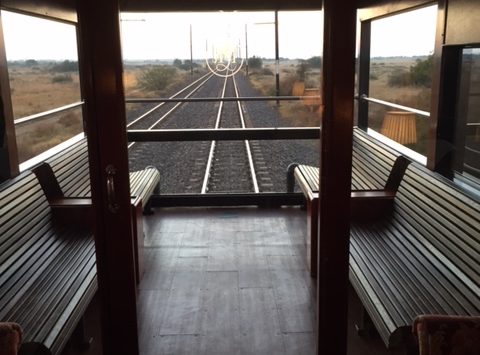 Trekking on a safari in Kruger National Park had been a very long held dream which came true this past summer. Admittedly, the dream in my 20s had gone through some revisions by age 67 and luxury transport and lodging had been been nicely substituted in for the outgrown concept of days and nights in the bush! My wife and I arrived in Johannesburg a few days before our scheduled safari, both to acclimatize to the time change from California and to tour the City and its surrounds. Our excitement had been slowly building for months, somewhat like the steep progress up a track of a rollercoaster before the first drop. Obviously, “the drop” was not a part of our anticipation but it began with warnings from the United States Department of State of the dangers and what places to avoid (all!) in Johannesburg. A small pause before the dive came as we arrived at our boutique hotel, The Residence, outside the City. 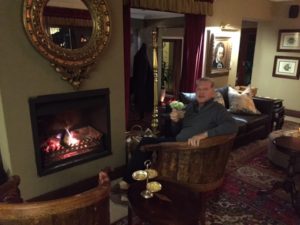 The hotel was an absolutely superb accommodation of 12 very affordable suites, most overlooking pools and gardens, all in a private compound. It was a beautiful setting in spite of high walls topped with barbed wire. Dining there was excellent, as was the Spa. But, my personal favorite spot was the Lounge where I sat alone before the fireplace in the evening sipping good whisky while being doted upon by two attendants. After two days of heavenly relaxation, we boarded a bus for a tour of Soweto, Nelson Mandela’s home and the Apartheid Museum. The sights and the stories were more than sufficient to give the coaster that final nudge into the precipice of sinking emotions below. 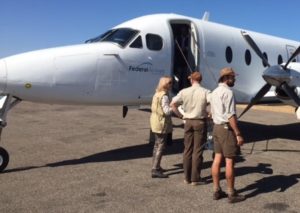 Fortunately, the start of our Singita Safari brought us quickly back to the heights, literally, as our party, now totaling 16, boarded small aircraft for our flights to Kruger. The next several days were as fast, as eye-popping-mouth-gaping and laugh provoking as a coaster’s quick turns and sharp dips.

Our Guide and Tracker got us up close and personal (from the perspective of a camera lens anyway) with every type of animal, large and small, in the Park and innumerable species of birds, as well. 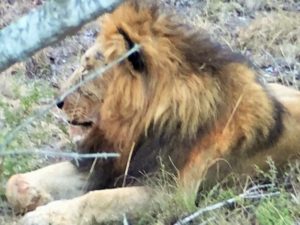 The fierce countenance of an adult male lion, the massiveness of a Black Rhino, the piercing eyes of a leopard on the hunt and the matriarchal majesty of the leader of an elephant herd, are among the many sights that are permanently burned into my memory. 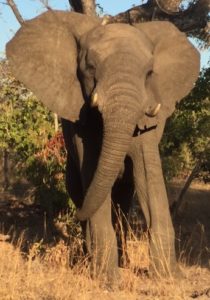 No one on such a trip could be less than awestruck. Yet, at the same time, we learn of the poaching of these animals in such large numbers that they are becoming endangered. So, once again, that rhetorical roller coaster is plummeting back to the depths and pulling everyone’s heart strings with it as the visions of a rhino being mutilated and left to die because of a few inches of horn or an elephant shot and killed so someone can harvest the tusks overwhelm our senses. 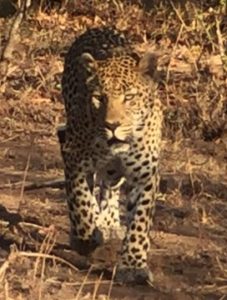 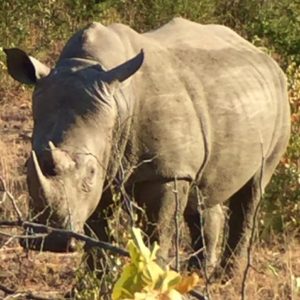 Reaching another high is accomplished by meeting and interacting with the South African people. Those native to the land are still waiting for the fulfillment of Mandela’s promise of a million low cost homes, a promise that was to have been achieved by 1999. As of 2015, less than 40,000 had been completed. The people are still paying, in homelessness and poverty, the price of incompetence and corruption. Perhaps that poverty explains, but does not justify, the poaching problem. Yet, so often, the people seem happy and somewhat content and smile and laugh easily as they meet we “adventurers.” They maintain ancient traditions and folklore and we were able to, most enjoyably, bear witness to that. Most of the people understand the value of preserving the land and its animals, as well. 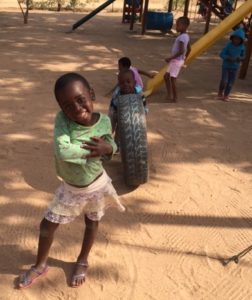 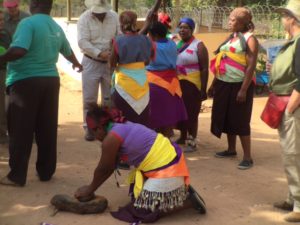 The final days of our trip were spent on a train, the Rovos Rail, that took us to Cape Town. It was a return to the 1930s, illustrated by the age and decor of the cars and staterooms and further enhanced by the requirement that we ‘dress’ for dinner, like the gentry of old. 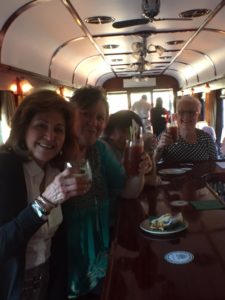 It was a unique experience and provided views of a vast land from which 60% of the occupants had migrated to urban areas in search of jobs and an improved life. The Observation car was at the end of the train (and, very conveniently, one had to pass through the bar to get there!) It was the perfect spot for reflecting upon what one
had seen and learned, as where you had just been a moment before was now receding into the distance. I recalled a lesson preached by a scout and guide for some of the early
explorations on the North American continent. “Turn around frequently to observe from where you have just come because everything looks different looking back than what you observed or presumed as you started forward.”

On every rollercoaster, the last distance is covered by a slow and smooth approach into the station. 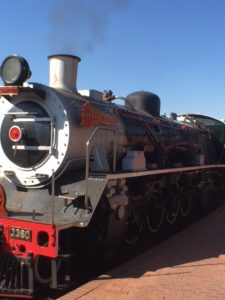 This trip has ended at that same speed but the highs and lows will remain as treasured memories and will serve to motivate me to take the ride again somewhere new!